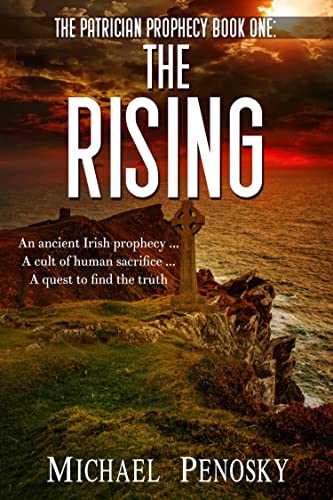 THE RISING: THE PATRICIAN PROPHECY BOOK ONE

All Ian Shaw ever wanted involved two things: make partner at his law firm and surf California’s most dangerous waves. But when his grandfather discovers a mysterious chalice dug from the Irish bogland of their ancestral home, powerful forces threaten murder to stifle the prophecy it pledges. Ian’s life changes forever when he travels to Ireland, to his grandfather’s side, and to a promise he can’t possibly keep.

Saorla O’Rourke, brilliant, beautiful, and borderline suicidal, serves as an Irish History professor at Trinity College, Dublin. She mourns the death of her beloved husband and has lost sight of everything she holds dear. When Ian enlists her to solve the mystery held by the chalice, she fights for the life she once wanted to end, for the faith she thought she had lost forever, and for the love she can’t possibly have.

Lorcan Duihbur, powerful, shrewd, elusive, deadly, holds office as Ireland’s Minister of Foreign Affairs. The rise in the return to paganism has fed both his side job as a black-market-antiquity dealer and his desire for human sacrifice. Loyal to the Goddess, he will stop at nothing to negate the power of the prophecy.
The prophecy of Saint Patrick has the power to transform a nation in a day. But will it be brought to light before the darkness swallows it forever? 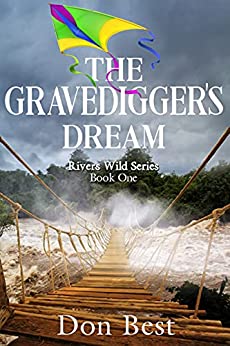 What happens when a noble dream becomes a deadly obsession?
In the wild heart of the Amazon, where even hope despairs, Zé Licata has an extraordinary dream—to overthrow the tyrant, lead his village out of poverty, and provide a future for his gifted son. So stands the gravedigger, with a shovel in one hand and a bottle in the other, warring against the darkness.
Or is he destined to join it? 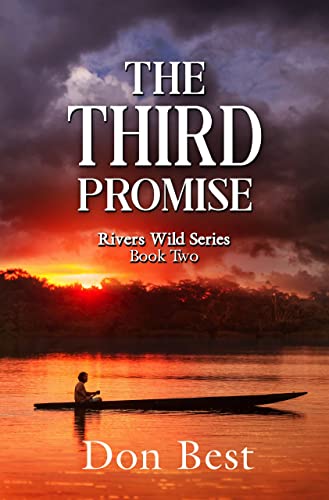 This is the Brazil few have ever seen. The spirit of the rainforest laid raw and unadorned.

In his quest to win a future for his son and exact revenge, Zé Licata throws in with a powerful macumbeira, a witch, to ruin his enemy. And so the curse is cast, ringing through the night. But who’s to be the final victim, once all the notes are played?

The Third Promise, Part Two in The Rivers Wild Series, brings us the spellbinding conclusion to The Gravedigger’s Dream. It is at once a naked plunge into the human soul and a bone-jarring adventure into the Brazilian Amazon. 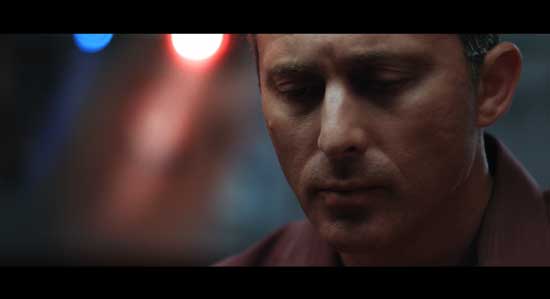 Following a tragic event, the lives of 3 men converge in a quest for revenge and redemption.